Return from push service.
View of the Mühltal Rock with the small gatekeeper's house on the Geislinger Steige.

The railway attendants at these posts had the important task of looking for so-called "hot runners" when going downhill, which means nothing other than to watch out for stuck wheel brakes. When driving uphill, they had to report extremely slow trains immediately or if they got stuck.
On this section of the route there was a guard post approximately every 1000 m and at two blind spots every 500 m.
The bells shown in the illustration announced trains in good time. From which direction the train was announced by 2 different bell sounds.
As usual I start with a sketch and work from the background to the finished illustration. All done in Adobe Fresco and the famous Kyle T. Webster brushes. 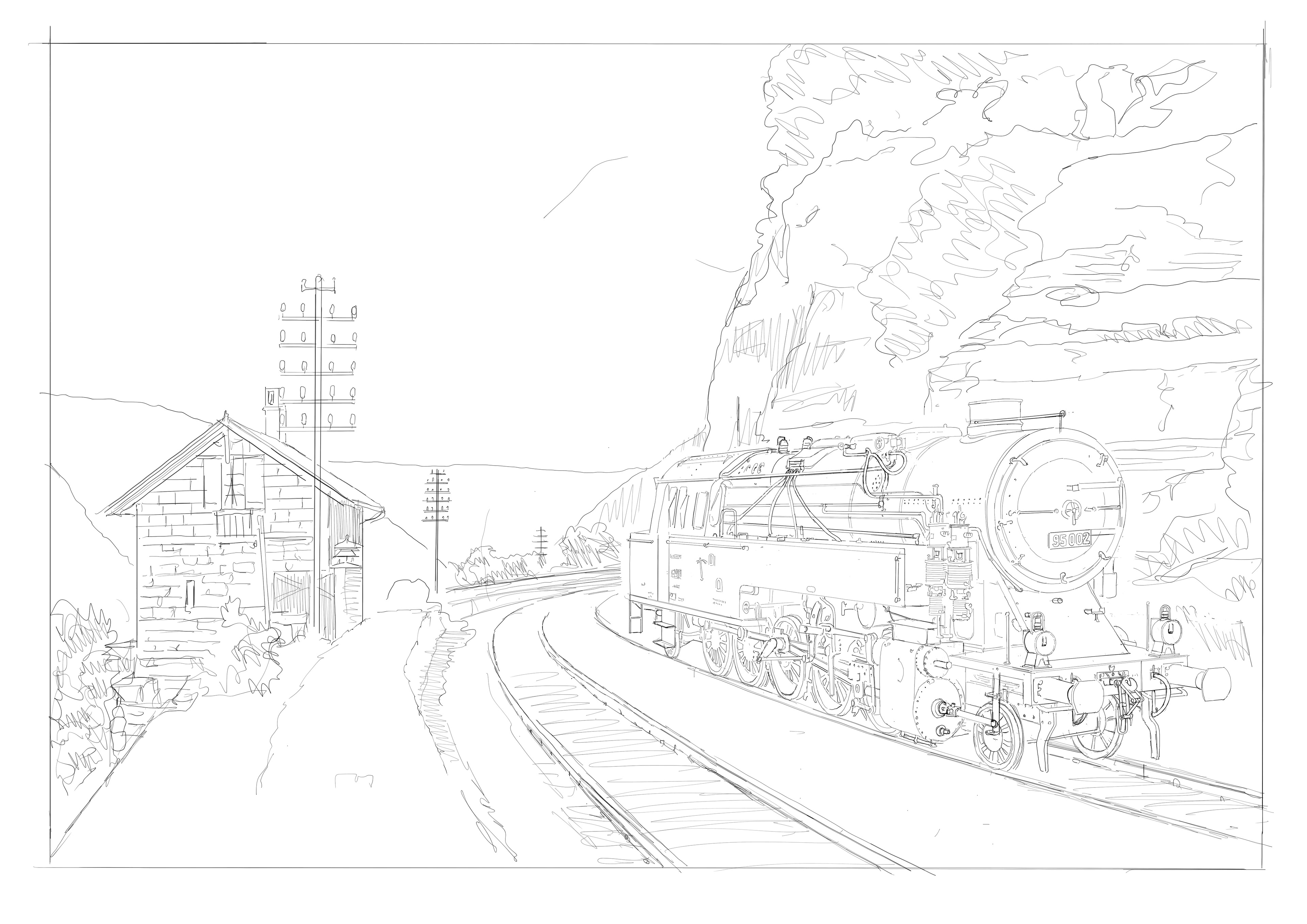 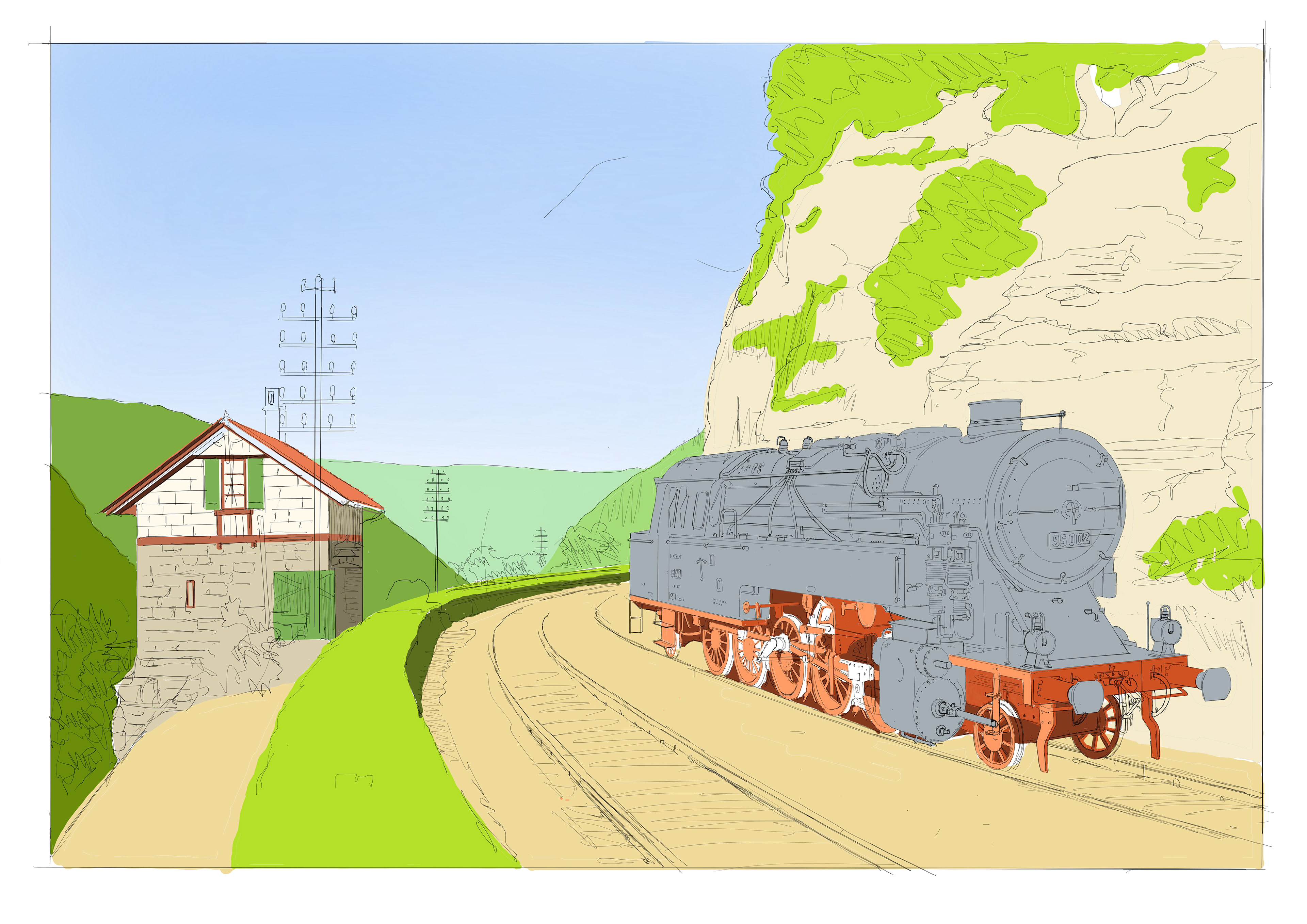 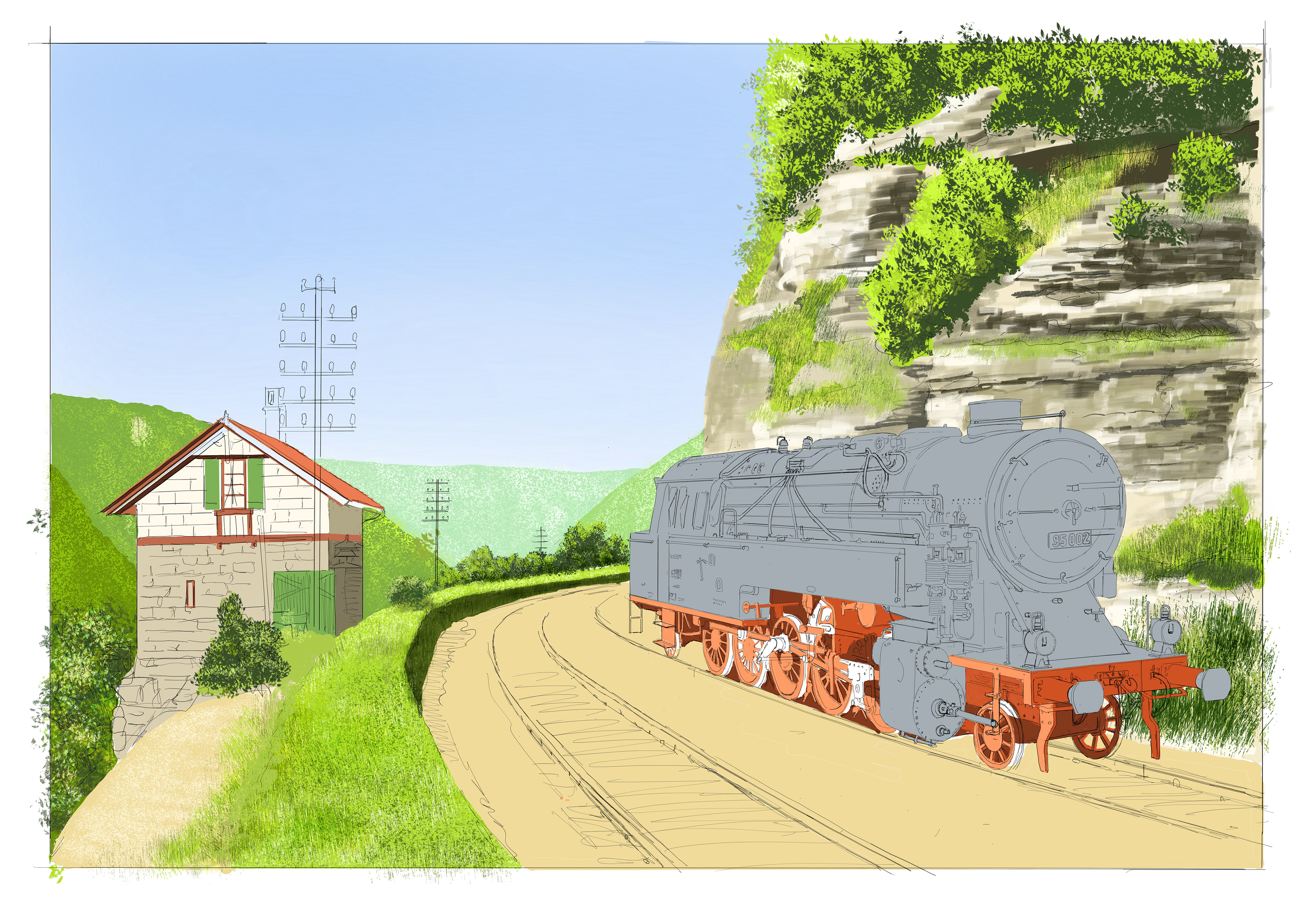 Thank You for Watching!

A Frosty Morning in the Thirties

Help Amatrice
↑Back to Top